While Zen Buddhists pose the question:
“What is the sound of one hand clapping?”
I propose an image for you to imagine:

“Imagine a scene that I once witnessed,
Of a spoon-fed woman’s joyousness
Upon being given a musical shaker
That I — as cabaret entertainer
And Jobseekers Allowance 'overstayer' —
Had offered for audience participation
At a 'come-all-ye' meal for adults
With learning difficulties”

Some adjustments are more delightful
Than ‘completely reasonable,’
And no-one is truly
‘Ineducable’.

Her acceptance, enouragement and enthusiasm
Help us grow. Together.
From "Whoopsidaisy!"
To "Whoopee!"

She helps us grow trees of our talents
On the soil of our connectedness.

Our forest of creative fulfilment
Can ward off the desert's encroachment.

Let us broaden the horizons of full inclusion
Reflecting on life experiences illumines mine.

In place of "insufficient funds for full inclusion,"
Think of a broad continuum
Of gifts and needs and disabilities.

Consider that musical shaker
In that one helping hand —
Art in the Community!
Communal joie de vivre! —
Becoming 'economic activity'.

Posted by Alan the Poet Therapeutic, now of Belmont, Hereford at 11:57 No comments:

This poem — now [23 November] in its second draft — is toward introducing the poem 'The Arts Manager' as one of my open mic contributions for Amnesty International Worcester Group's Human Rights Day Poetry presentation, a Zoom event for the evening of Thursday, 10 December 2020.

In Praise of Human Potential

While Zen Buddhists pose the question:
“What is the sound of one hand clapping?”
I propose an image for you to imagine:

“Imagine a scene that I have witnessed,
Of a spoon-fed woman’s joyousness
Upon being given a musical shaker
That I — as cabaret entertainer —
Had offered for audience participation
At a 'come-all-ye' for adults
With learning difficulties”

Some adjustments are more delightful
Than ‘reasonable,’ and no-one
Is truly ‘ineducable’.

By Alan the Poet Therapeutic 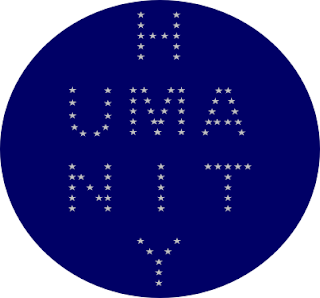 Posted by Alan the Poet Therapeutic, now of Belmont, Hereford at 15:43 No comments:

Getting back to this blog just now to upload photos for Birmingham folk music scene contacts, I got to looking back through my previous postings.

There I found a photo taken of me with guitar teacher Ray Gallo, whom I first connected with via adult education classes around 1985, and later reconnected with around 2011. And by coincidence, it is Ray's birthday this week, so that gives me a great excuse send him birthday greetings via blog posting!
See also http://alanthepoettherapeutic.blogspot.com/2017/03/music-therapy-poem-for-my-guitar.html
Posted by Alan the Poet Therapeutic, now of Belmont, Hereford at 14:38 No comments:

I'm an ex-Brummie. (I lived in Birmingham, England from 1965 to 1977.) In my last few years as a Brummie I got involved with the Birmingham folk music scene through folk clubs The Grey Cock, The Old Crown Folk Club, the Black Pig Folk Club, and then Birmingham Traditional Music Club (BTMC) from early 1975 to my departure from Birmingham in October 1975. (My introduction to the clubs other than BTMC was a friend Maggie Whetnall whom I met via a New Year 1975 'Folk Revels' event at the Mayfair Ballroom; so Maggie was the first in a chain of links.)

Over the decades I kept faith with BTMC by visits around Christmas time as long as I had family living in Birmingham or Solihull, and kept the vinyl album BTMC regular singers made at the time of my departure in 1977, of which I had a leaving gift copy. Dave James of BTMC and his then wife Janet remained on my Christmas card list even after BTMC folded a few years ago.

E-mail contact with Paul Ryan of Black Diamond Folk Club helped update me about the BTMC regulars I had last seen at BTMC. And I told Paul that I treasured the memory of a "You should have kept on singing" pep talk he gave me one day on a bus after I'd fouled up in singing the verses of a chorus song but been pulled more in tune by the audience while there were two people laughing embarrassingly at my performance.

Paul also asked me for a photo that he could share with the BTMC regulars who had known me. Though I e-mailed two photos — one from 1989 and one from a recent Wye Ruin It? demonstration against Herefordshire Council's proposed 'Western Relief Road' — Paul told me the photos did not come into his inbox okay.

So the big cue for this blog post has been to make these two photos more accessible to those now with Black Diamond Folk Club who would remember me, and also celebrate the support that experienced performer Paul Ryan gave me way back in 1975.


Posted by Alan the Poet Therapeutic, now of Belmont, Hereford at 13:55 No comments:

Misteltoe grows in our Hereford air,
High up in the trees.
Hereford winds will blow our fences down
But can't dislodge it from our trees.

Posted by Alan the Poet Therapeutic, now of Belmont, Hereford at 19:40 No comments:

Campaign Against Arms Trade (CAAT) seeks nonviolently to put an end to all that.(4)

Take part in peaceful economic revolutions for pastures of plenty.

By Alan the Poet Therapeutic


Posted by Alan the Poet Therapeutic, now of Belmont, Hereford at 10:30 No comments:

Pageviews from the past week

Comments are approved unless abusive, obscene, completely off the subject, disguised advertising or libellous.

As I want to get beyond mainstream mental strait jackets, publication of a comment does not imply that I agree with it.

Please bear in mind that comments on blog posts help with search ratings.